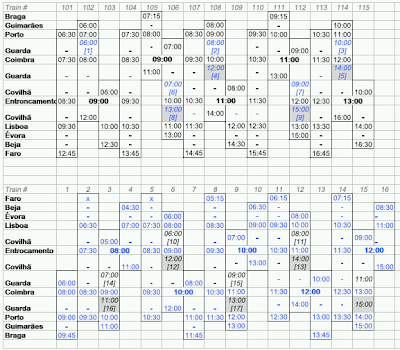 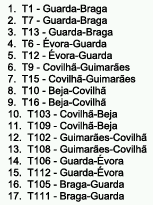 Talks over lunch, body combat, Lisbon, strange exhibitions, many very nice moments we spent together over the last years.

But there was a night, few years ago, Joanne showed up with K in a bar where I was having an excellent night with L. It was, seems, a private birthday party but L and I were there, having free cocktails, looking at the people, dancing the tubes. Joanne and her friend arrived already a bit happy. Joanne and I laugh and danced, danced until dawn. One of the many good moments I spend with you, for sure you remember. You are leaving for a new life next week. I’ll be doing the same in about one month. I will certainly not forget moments like that night.

Today is my 30th anniversary and I cannot complaint at all. Even if I don’t have a car, no television, my computer is seven years old, no nespresso machine; even if I had to do my laundry today, clean the house because I don’t have a cleaning person, I’m extremely happy of my life until now.

I’ve lived in three countries, visited 30 other, I’ve followed most of my dreams and yes, realized them. From living away from Portugal, to teach aerobics, dreams come true. Is just a matter of effort.

At 30, in my mind, I’m about to start the third chapter of my life, the world trip with Eva. Leaving everything behind after, mostly likely, had arrived to the top of the pyramid on well being and wealth. It has been an excellent exercise so far and I recommend.

The other two parts of my life were – first – before I left Portugal, up to 2001. Some sub parts there – first kiss, first girlfriend, university and move to my grand-mother house in Coimbra. Then – second part – I went to CERN, Geneva, as summerstudent in 2001. This was the discovery that better and different worlds existed. Meeting 150 persons at once from different nationalities. Were three short months but changed my way of being. The second part continued one year after when I moved to Northern Finland, Oulu, first to finish my studies but ended up living there for one full year. Surviving the depressing winter, celebrating the solstice – Juhannus -, meeting again dozens of new people and lifelong friends and the person which I would end up to live with during three years, first in Finland and then in Switzerland. Here in Switzerland I met Eva at beginning of 2007 and we have been living unofficially together since then. Live is getting more and more enjoyable and I’m afraid I have done with Eva one of the best decisions of life. And manage to realize another dream.

Like any other country, portugal has its good and bad points. Today I had mostly the good ones. An excellent bacalhau (codfish) in a small restaurant in company of my friend R. and a also a bottle of wine. This kind of restaurant ambiance and food is always portugal to me. Then we moved for a coffee at cinema S. Jorge, an old cinema in downtown lisbon, built with 1927 seats in the 50s but later transformed in 3 rooms, leaving one of them with around 900 places.

This morning after testing my eyes again, this time for changing glasses lenses, i walk lost in lisbon. I love to loose my self in lisbon, is beautiful but unfortunately less and less populated. The city does not appeal people to live and keeps transforming buildings in offices and streets in mega parking spaces, chaoting even more the traffic.

Yesterday i become citizen again by doing my citizen card. First try in Amadora but at 10am they were not giving any more numbers as it was full for the day. Second try in the car service in Lisbon and luckly was raining and I was not affraid of it. Less than ten minutes wait and I did all the papers. Now is only one month to have the card and its multiple codes for doing i don’t know what. Then I test again my contact lenses. I like the opticien I go in lisbon, she cares about me and makes several tests to understand if she should or not change the lenses. Then she gave me a test lens and a new liquid bottle to try next month. And all for free, even the consultation.

Tonight will be lisbon family dinner. Hopefully not too much traffic to go there. I did not manage to convince my family on going by train… One day.

Part of my leaving from work I had to give the address and phone number (and bank account), where I want to receive the pension fund. Thinking that this is in the best option 35 years apart, I could most likely put whatever I want in the form, as they will be wrong with very high probability. The only think I hope to keep for next 35 years is my email address, if by then we still use email. 🙂

Today I woke up late, and it was like this outside: 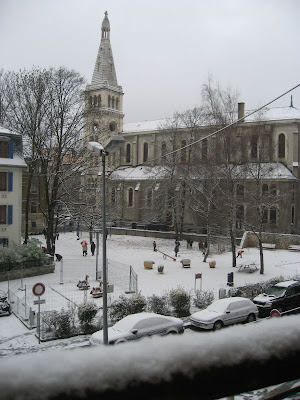